Create an Account - Increase your productivity, customize your experience, and engage in information you care about.

What is Mercury?
Mercury, also known as quicksilver, is an element that does not break down. It occurs naturally and is found in very small amounts in oceans, rocks, and soil. It becomes airborne when rocks break down, volcanoes erupt, and soil decomposes. It then circulates and is redistributed throughout the environment.

Large amounts of mercury also become airborne when coal, oil, wood, or natural gas is burned as fuel or when mercury containing, garbage is incinerated. Once in the air, mercury can fall to the ground with rain and snow, landing on soil or in bodies of water, causing contamination. 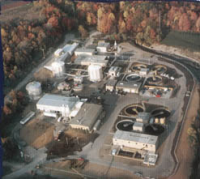 Lakes and rivers are also contaminated when there is a direct discharge of mercury-laden industrial and municipal waste into these bodies of water. Once present, mercury accumulates in the tissue of fish and other organisms and may ultimately reach the dinner table.

Although mercury is very a useful element with many unique properties and applications, it poses a very real health risk. We can minimize this risk by reducing our use of mercury-containing products.

Take a look at these resources to learn more about mercury and how to protect yourself and your family from it.